I agree with Brad Feld. I think Google’s long game on Google+ is brilliant. Regardless of where Google+ fits into Google’s long-term business strategy (hint – Google+ is a huge factor in Google’s long-term plans for both the company and it’s search technology – take a look at this, this, or this article about the impact of Google+ on Google’s next-gen search AuthorRank), I simply prefer using Google+ and here’s why. 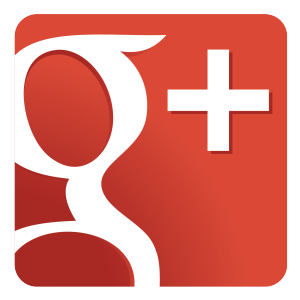 Audience and interaction – ignore the cynical and skeptical pundits who regulary write things like, “Google+ is a Ghost Town” “Google+’s audience is strictly techie or geeks or photographers.” Guy Kawasaki, a passionate Google+ fan, made an interesting note about audience. Facebook claims to have 1 billion users, but with Facebook’s various content gating and restrictions (see below for more discussion) your content is usually only shared with 10% of Facebook’s audience. So, really, Facebook’s audience is only 100 million. If you share something publicly on Google+, your content has the chance to be seen by 235 million+ active users. So, who has the larger audience actually? (And, yes, that’s a really rough estimate re: numbers, but the basic point is solid.) By the way, do you know any ghost towns with 235 million active residents? I don’t, but we digress.

As for the argument that Google+’s audience being strictly tech-oriented. Simply not true. How do I know? I’m a guy who happens to make quilts. When Google+ recently launched communities, I created a Google+ Quilting community. The community now has 300+ members, daily active conversations all about quilting – no tech discussions whatsoever. And, as a curiousity, I’ve looked through the profiles of many of those 300+ members, very few of them ever post or discuss anything tech related.

Deeper conversations – When I try to explain the appeal of Google+, I’ve often described it as “Twitter with a more elegant user interface, beautiful photos, and great conversations.” Yes, I understand the appeal and novelty of Twitter’s 140 character limitation. But, personally, I find it awkward, stilted, and a pain in the ass most times. With Google+, you don’t have to contort yourself to talk in 140-character snippets. As a result, conversations can take their natural course without having to constantly edit your responses into a 140-character straightjacket.

Non-reciprocal following – One of the things that drives the international discussions via Google+ was their decision to build the platform with non-reciprocal following. Unlike Facebook, I don’t have to approve someone as a friend before they can see my Google+ content and posts. This is powerful. Anything I share publcily has the potential to be seen (as in Twitter) by anyone else using Google+. What about spam, I can hear people shouting? It’s very rare, and I can easily block, mute or report people. If I block someone, they won’t be able to see my content in the future.

If I follow someone, I can see all their public content – Facebook encourages you to connect with friends, and then it promptly gates and blocks you from seeing those friends’ updates in your news feed. Show me ALL the content of the people I care about, and Google+ does just that. Anyone who uses Facebook regulary knows that Facebook’s EdgeRank algorithm is getting more and more strict. It’s pretty simple. If I follow someone and I like that person, I WANT TO SEE ALL THEIR POSTS in my stream. Don’t make me go hunting for that content from people that I care about and am interested in.

Businesses that have spent enourmous amounts of time and energy building a Facebook community have found themselves shut off and hidden from their passionate fans. Obviously, Zuckerberg and his team have their own long-term plan in mind, but right now it’s looking more and more like a walled garden/AOL-back-in-the-day approach that forces companies to pay through the nose to interact with their own fans. Of course, it’s Zuckerberg’s sandbox and he can make all the rules he wants. Mark Cuban explained it best.

With Google+, you don’t have this problem. You care about someone, you circle them, and you can easily see ALL their content. Very simple.

Photos – Google+’s photo experience is examplary. Beautiful, gorgeous slideshows. Again, Facebook could have taken this ball and run with it years ago. They know how important photos are to Facebook users, but alas, they fumbled the ball, and Google+ scooped it up. If you love photos, start using Google+ today – even if you end up sharing your Google+ albums to your friends via Facebook.

Google+ is rapidly integrating mobile and mobile photos too. I don’t have an Android, but I understand that the Google+ photo experience via Android is amazingly cool. I use the G+ iPhone app, and whenever I open the app, it will automatically (with my initial permission, of course) automatically upload any new photos on my Phone to my Google+ photos. They upload as private, hidden photos and I can share those photos based on my own preferences.

There are plenty of other reasons that I like Google+ – video Hangouts, circles, etc., but I’ll discuss those in a future post. For now, if you haven’t spent time on Google+, I would encourage you to give it a try. And don’t give up after 1 day. Commit to 10-15 minutes per day over the course of several weeks. If you do that, you may start to realize the power and allure of Google+.

2 Replies to “Why I Use and Prefer Google+”