AOL is hard at work building a next generation online content company. But, that content is going to be driven not by the traditional editorial meeting where a bunch of people try to discern the zeitgeist of the day and write stories based on their gut feel for what people are interested in. No. AOL is going to make the large majority of its editorial decisions on what to write about and what to cover based on powerful search data. What are people already looking for online? AOL’s writers and editors will then crank out content to satisfy the interest of those searchers and readers – and obviously sell a boatload of ads in the process.

I think Farhad’s mistake is in assuming that AOL is going to slavishly follow the business model of Associated Content – another company that generates content on demand. And, as Farhad painfully details, Associated Content churns out awful content that does nothing but clutter up the Web with useless words sloppily cobbled together to quickly game the search engines.

But, what if AOL decides to go in a different direction? 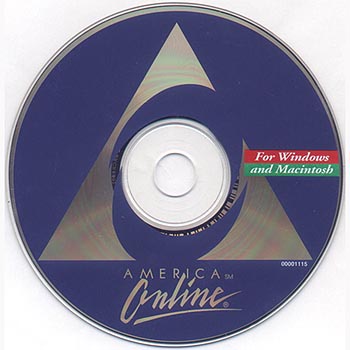 What if AOL uses the Associated Content model – content driven by what people are expressly interested in and searching for – but create high-quality content that fulfills a genuine need – informing and expanding on subjects that people are genuinely interested in. This is not a new business model by any means – About.com comes immediately to mind. Instead of focusing on short tail, timely topics, About.com guides for years have been writing about long-tail, niche topics. And, in many cases, About.com can provide some good, rich content. Two more recent companies have tried a similar model of providing and curating long-tail content – Jason Calacanis’ Mahalo and Seth Godin’s Squidoo.

As Danny Sullivan of Search Engine Land has written about on more than one occasion, the rich content of the web can often show alarming gaps when there’s a breaking news story and people start searching for information on a topic that is trending. Sullivan has used the example of Southern California wildfires. During wildfire season, if you do a search for “california fires maps” you end up getting a wild variety of content, including outdated Los Angeles Times fire maps from previous years. Sullivan has written about the concept of living URLs to combat this issue. For example, a Los Angles Times living URL for “california wild fires” would lead to the Los Angeles Times’ latest news about wild fires in chronological order – freshest content at the top of course. Google just announced a new Living Stories experiment with the New York Times and the Washington Post along these lines.

What does living urls have to do with AOL’s new content strategy? Basically, that Aol. could be on the verge of a very interesting and potentially profitable business model as long as they emphasize quality content.

Around the clock, AOL identifies gaps between what content people are searching for online and what content currently exists. If there’s a gap that could be filled, Aol. throws a team of editors/writers at the problem and creates content – quality content – to fulfill that need.

There’s one thing AOL could do to make this business model even more powerful – create an AOL “cold case” team to compliment the work of their content SWAT team. In addition to the team of editors/writers hard at work creating content for the short tail searches, the AOL cold case team would routinely go back through the AOL content that’s already been created, add to it, strengthen it with more original reporting, and do everything they can to enrich the content. That way, AOL can still have high-ranking quality content when those short tail searches become long tail searches.