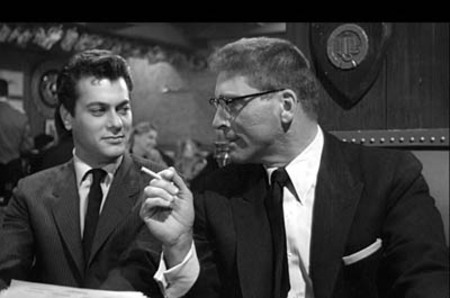 During the first dot com boom, press release strategies for PR exploded in popularity. Dot com companies desperate for press attention pumped out press releases once or twice a week (or even more). Press releases about new hires, new buttons added to a website, new office pet policies at the company… It was out of control.

Consequently, a generation of entrepreneurs formed their opinion about public relations based on the part of the process that was visible to them – press releases distributed digitally by a variety of press release distribution companies. What many entrepreneurs and CMOs never saw were the short, one-on-one, relevant emails sent to specific, targeted reporters. Nor did they hear the phone conversations between reporters and PR professionals, again rooted in specific, relevant information of interest to what the reporter writes about on a daily basis – not desperate cold calls with information in which the reporter would never be interested.

Do you know how the concept of press releases began? Here’s a brief except from a SearchEngineWatch.com story noting the 100th birthday of the press release:

“On October 28, 1906, at least 50 people lost their lives when a three-car train of the Pennsylvania Railroad’s newly equipped electric service jumped a trestle at Atlantic City, NJ, and plunged into the Thoroughfare creek.”

That afternoon, Ivy Lee, who some consider to be the father of modern PR, created the first press release. The Pennsylvania Railroad was one of his clients. Following the accident, Lee not only convinced the railroad to distribute a public statement, he also convinced them to provide a special train to get reporters to the scene of the accident.

The New York Times was so impressed with this innovative approach to corporate communications that it printed the first press release—verbatim—on Oct. 30, 1906 as a “Statement from the Road.” In the weeks that followed, both newspapers and public officials effusively praised Pennsylvania Railroad for its openness and honesty.

PR would certainly be easy if the New York Times, Wall Street Journal, and USA Today, etc., just printed your press release verbatim, but we all know that’s not the case.

Do reporters care about press releases? No. I have many friends who are reporters (and personal friends that I don’t approach about my clients). When discussing press releases, I often tell clients. I’ve never, ever heard a reporter say, “I can’t wait to open my email and read all the press releases that PR people sent me.” It just doesn’t happen. Why? Because 99.9% of press releases are written in a formal, stilted tone. They’re overwritten and often bury the importance of the announcement in formal language. Despite the pleas of numerous PR professionals and David Meerman Scott’s excellent and impassioned Gobbldeygook Manifesto, CMOs just can’t help including industry buzzwords like “best of breed,” “robust,” etc. Reporters don’t read those words. It’s that simple. If they read the release at all, they literally mentally block out those buzzwords, and they try to decipher the formal language, as they ask themselves, “Is there something here that I should care about?”

If reporters don’t care about press releases, what should you do? Relevant, targeted emails and phone calls. Relevant = news that is of direct interest to the types of stories that a reporter writes and what they care about. If a reporter doesn’t write a personnel column, don’t ever send them an email about new executive hires. If a reporter only writes about a vendor from the perspective of a company using that vendor, with specific success stats, then don’t send the reporter news strictly about a vendor. If you’re a vendor or a PR person working a vendor, don’t pick up the phone or send an email to the reporter until you’ve got a client who is using the product ready to talk – and with some stats to back up what you’re saying.

On that note, don’t forget the importance of your email subject line. Yes, reporters often delete emails strictly based on subject lines. Write, revise, and re-revise your subject lines until you have a compelling subject line that piques a reporter’s interest.

How do you use press releases to market/publicize your company?

(The image for this blog post is from the Sweet Smell of Success from 1957. If you work in the PR industry and you haven’t seen this movie, stop what you’re doing and rent it now. From IMDB.com, “Powerful but unethical Broadway columnist J.J. Hunsecker coerces unscrupulous press agent Sidney Falco into breaking up his sister’s romance with a jazz musician.”)