I’ve written about a Napster for eBooks before. And, unfortunately, I’m forced to write about it again, due to the actions of book publishers over the past several weeks.

• Barnes & Noble’s nook launches. The first wave of nook reviews were great, the second wave of reviews not so great – I doubt David Pogue at the New York Times or Walt Mossberg from the Wall Street Journal will be giving many nooks for holiday presents.

• Simon and Schuster and Hachette Book Group, quickly followed by HarperCollins, announced that they would delay the release of eBooks until 3-4 months after the hardback has been released.

• Stephen Covey signs an exclusive ebook deal with Amazon.com to publish both new books and several of his bestselling backlist titles exclusively via the Amazon Kindle. Several of the news articles reported Covey would be receiving a royalty rate north of 50% from Amazon.

As you probably know, publishers are upset that Amazon is selling Kindle version of brand-new hardback books for $9.99. Hence, Simon and Schuster, Hachette, and HarperCollins’ moves to delay the release of ebook versions of their new releases.

Wow, James McQuivey, Ph.D., (@jmcquivey) Forrester Research analyst, said it best in response to Simon & Schuster and Hachette Book Group’s decision – “This move is about the past of your business.”

Why are publishers having such a difficult time in realizing that their industry has undergone a seismic shift since the launch of the Amazon Kindle? 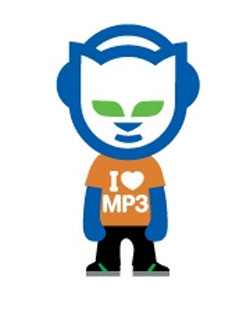 I understand it’s painful to realize that the cost structure on which you’ve operated your business has changed overnight. But, it has. It simply has. You can deny it. You can say that 9.99 is predatory pricing. You can wail. You can scream. You can gripe. You can stick your head in the sand.

But reality is reality. You cannot put the ebook genie back in the bottle (even by windowing your eBook release by 3-4 months) no matter how much you try.

The first mention of Napster that I could find in the New York Times was on January 20, 2000. Book publishers have had 9 years to prepare for an eBook Napster. But they haven’t. Instead, they’re sticking their fingers in their ears and hoping to somehow convince me that I should pay $25 for an electronic file that costs pennies to distribute.

I mentioned earlier that the release of the Amazon Kindle ushered in this seismic shift in the eBook industry. That’s not because I’m a Kindle fanboy. It’s simply because Kindle debuted with the marketing muscle of Amazon.com, the leading ecommerce company in the U.S., and constantly in the top 10 most-visited websites in the U.S.. Amazon.com could post a bowl of spoiled butter on their homepage, day after day, and they’d sell bucketloads. With the constant Kindle marketing on the homepage and banner ads on interior product pages, the number of affluent customers, passionate book readers, and Amazon’s slick marketing videos of Neil Gaiman, Toni Morrison, and other prominent authors singing the praises of the Kindle, it’s inevitable that Amazon would have a hit on its hands. And, of course, wireless. Sony was the first to market with a credible eBook reader, but they relied on a clunky web-based store, and no wireless, and now they’re a second-run.

In the era of compact discs, the music business clung to the concept of the full-length album. With many genres of music (country, rap, heavy metal, etc.), an artist may only have 1 or 2 quality songs, and the rest of the album would be complete filler. Yet, record companies would price CD singles at $3,4,5, 6 or more, thinking that if they added a couple of remix versions of an artist’s hit song, then it would somehow justify charging a higher price than 1 or 2 bucks.

Now, consumers can easily access and buy music the way that they want to, and the music industry has undergone complete turmoil and reinvention – full-length album sales are down, terrestrial radio is on life support, satellite radio and Internet-based radio such as Pandora, is growing, bands try to make their money with live performances and Tshirts/product sales. But, at the end of the day, people are still listening to and enjoy music just as much as ever. People still go to concerts and performances and sing along, off-key, in their car. But, yes, the underlying economics of the music industry has fundamentally changed.

The same is true for book publishers. The digital/ebooks genie is out the bottle. Do I think that all books should be free? Absolutely not. Do I think that publishers should close their doors and we’ll all have to sift through waves of self-published books searching for quality books? No, I don’t think that’s the case either.

But, I do know that you can’t expect to convince, cajole, or market to consumers that $25 is a reasonable price to pay for a digital file that takes pennies to distribute electronically. If you insist on that price point, you will guarantee a Napster for eBooks. Almost all of the major eBook devices can now read PDF files. What’s to stop someone from scanning that NY Times bestseller that isn’t currently available in eBook format and distributing it via torrents, email, social media, etc.? And, keep in mind, scanners and scanning technology are improving every year. Scanning a 500-page book gets easier every year.

What will publishing look like if consumers continue to demand a $10 price point for new books?

Out-sourced editorial – publishers will run on an even more barebones staff with editorial and artwork outsourced on a project-by-project basis.

I would like to think that book publishers could be nimble and react to the seismic industry changes wrought by eBook sales. Yet, I think that by the very nature of large organizations, it’s difficult for them to realize titanic shifts, throw out rulebooks and rethink their businesses from the ground up.