Note: In addition to 15 years of working in PR – securing press coverage for companies at the intersection of technology, media, and digital marketing, I have long been interested in book publishing. Prior to my PR career, I worked for three and half years at a literary agency in New York City. In 2010, I launched Delabarre Publishing, an independent eBook publishing company. The following is a story about one of the books I’ve published.

I’m a long time listener of the Books on the Nightstand podcast. Last year, Books on the Nightstand organized a weekend retreat in Manchester, Vermont – a weekend of books, authors readings, and camaraderie. As part of the weekend, Ann Kingman and Michael Kindness, the hosts of Books on the Nightstand arranged to publish a book via the Northshire Bookstore’s Espresso book-printing machine – Two Books I Can’t Wait For You To Read. The book was designed as a collection of two book recommendations from every person attending the retreat.

Like a lot of Books on the Nightstand listeners, when Ann and Michael emailed the retreat attendees about the Two Books I Can’t Wait For You To Read book and asked us to send in our two books, I froze. I’m a passionate, voracious reader, and over the years I’ve read LOTS of books. How can I only recommend two, I thought?

In the end, I actually cheated, because with the two books that I recommended, I included a series – The Song of Ice and Fire by George R R Martin. Currently, that series has five books.

So, what would be my second recommendation? Would it be Robert R. McCammon’s elegiac coming-of-age novel – Boy’s Life? Would it be one of John Irving’s wonderful novels? Or, would it be The Lost Regiment series by William Forstchen, a pulp-adventure series chronicling the battles and adventures of a civil war regiment transported to a fantasy world? Genre, escapist fiction? Sure. But a series that I’ve reread multiple times and have enjoyed. Or, would I recommend one of the best memoirs I’ve ever read – Self Portrait with Turtles by David Carroll? Carroll’s love of nature and his obsession with turtles suffuses every glorious page.

In the end, I recommended Clark Howard’s Hard City. A book, that when I submitted it to Ann and Michael, was out of print. And, a book that, as of this writing is now available to readers again as an eBook. And, I had a hand in getting Hard City republished as an eBook

Hard City was published in 1990 in hardcover by Dutton, a New York City publishing company. Unfortunately, as some books do, Hard City never really found its audience. It did find one reader though — me. In 1990, I was in college at the University of Georgia in Athens, Georgia. Being a bibliophile, I usually visited the college library two or three times a week. Not to study per se, but to browse the fiction shelves. Not only did the University of Georgia library offer new release fiction and non-fiction, but they had a deep collection of fiction.

One day, I was checking out the new releases, and I spotted Hard City. The front cover wasn’t particularly eye-catching, but I glanced at the description and decided to give it a try. I’m glad I did.

Hard City, which I discovered after reading was semi-autobiographical of Howard’s life, features Richie, a young, preteen boy from a troubled family, who lives on the streets of 1940s Chicago while sleeping in a bowling alley every night. Richie’s love of reading is key to Richie’s surviving, and eventually leaving, the street life.   Writing about Hard City in a new Author’s Preface for the publication of Hard City as an ebook, Howard writes, “Because much of it is based on my life as a wayward boy on the mean streets of Chicago’s lower West Side, a life frequently fueled by truancy, petty thievery, gang membership, and other disreputable behavior, I had, as a respectable adult, left those bleak days far behind and buried them deep in my memory. The things I had done back then, the life I had experienced, as well as vivid recollections of my mother’s drug addiction and my father’s incarceration in federal prison and subsequent disappearance, had all melded together into some dark recess of my mind and, I thought, been locked away forever.” 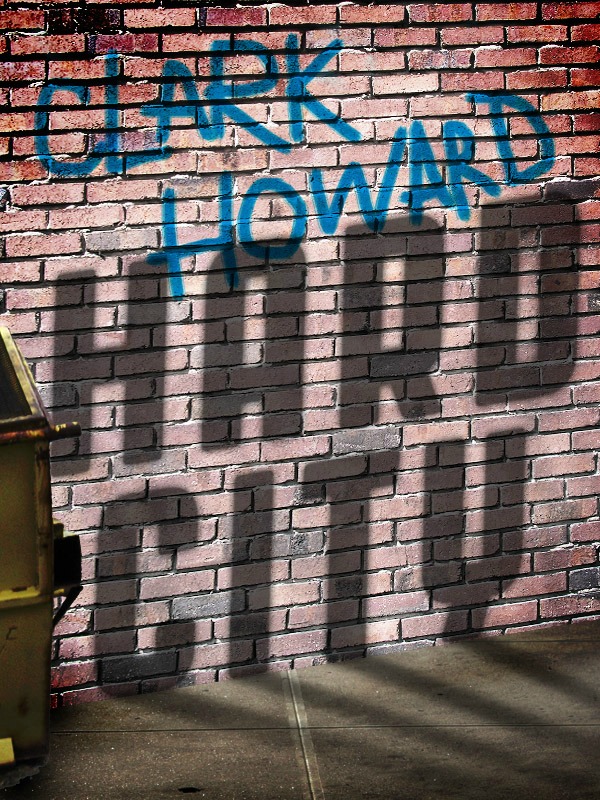 Richie’s love of reading and how ultimately, that love of reading, genuinely changed his life, spoke to me on a deep level. I attribute many of the positive things that I’ve achieved in my life, thus far, to my love of reading from an early age. As so many people have written, books opened up a whole new world for me – a world of travel, exotic foods, and the central idea that learning about new people and places either via fiction or non-fiction doesn’t have to be dull or boring – it can be enriching, relaxing and fun.

Clark Howard is an award winning and acclaimed mystery writer. In 1981, his story The Horn Man won the Edgar Allan Poe award for best short story of the year from the Mystery Writers of America. In 2009, Howard won the Edward D. Hoch Memorial Golden Derringer Award for Lifetime Achievement from the Short Fiction Mystery Society.

So, why is Hard City now available as an eBook, when the book was out of print and basically forgotten when I submitted the title to Ann and Michael? After I submitted my two books to Michael and Ann, I was looking at my bookshelf one day, and I started thinking, “I know Hard City is out of print. What if . . . ” On the basis of several short stories I’ve sold, I’m a member of the Mystery Writers of America. I grabbed the MWA’s annual membership book that lists contact info for MWA members, and I found Clark Howard’s info, including his email address.

I promptly fired off an email explaining how much Hard City had meant to me over the years, and what a shame it would be for the book to remain out of print and basically lost to a new generation of readers. As a frantic parent with two young boys and a busy schedule, I basically forgot about my email. Three weeks later, on a cold January 2011 afternoon, I got a call on my phone. I didn’t recognize the number, but I picked up anyway. It was Clark Howard with a simple message, “I’d love to work with you.”

Now, Hard City is widely available again as an eBook. It’s currently available for the Amazon Kindle, Barnes & Noble Nook, Apple’s iBookstore, and Kobo. For those who missed Hard City’s hardback publication in 1990, you now have the chance to share Richie’s life on the streets of Chicago, and his ultimate redemption via books, reading, and writing.