Though I spend my working hours doing public relations/media relations for technology and digital marketing companies, I’ve had a long-time interest in book publishing. I worked in book publishing in the mid-1990s when I worked at the Denise Marcil Literary Agency. And, I’ve watched the rise in eBooks, and I’ve spent a lot of time on this blog opining about ebooks and their impact on book publishing.

Recently, Ian Lewis, read some of my blog posts about eBooks and emailed me a few questions. After several back-and-forth emails, I thought it’d be of interest to publish this email conversation as a blog post.

i’ve been reading a couple of your articles recently, including this one below. All very informative.

“Amazon is taking a loss on just about every hardcover title they sell on the Kindle for $9.99.”

so you are saying the publishers are forcing Amazon to charge too much for e-books, and therefore they aren’t selling as well? why is Amazon losing money?

if i was to write a book, and publish through Amazon via an e-book, and bypass the publisher, is that the ‘new model’ for new authors? or is it unlikely to sell due to zero marketing?

Actually, I think I should clarify that post. Until the last two weeks, when Amazon got into a heated debate with Macmillan, and eventually gave into MacMillan’s pricing demands, here’s what was happening.

Amazon was buying eBooks from publishers at a wholesale price similar to a physical book. So Amazon was actually paying $13-16 per ebook, and yes, Amazon was losing money on every single eBook that they sold for $9.99. They could afford to do this, because Amazon has a lot of money in the bank. And, they were doing that, because they wanted to create a market for eBooks, and I think came up with a reasonable price point of $9.99.

However, book publishers HATED that $9.99 price because they thought it devalued the price of a book. As a result, publishers started threatening to not release ebook versions of new hardbacks until 4-6 months after the hardback was released – to keep Amazon from selling brand new books for $9.99.

But, now Amazon is in intense negotiations with a bunch of different publishers who want to raise that $9.99 price, and Amazon has basically had to give in to them. 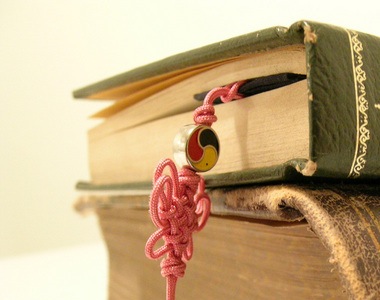 Here’s a long comment that I recently wrote in response to a story about this whole issue on the All Things Digital blog.

Book publishers are focused on setting an artificial price. A price that has no relation to the actual cost of distributing a digital file, but has everything to do with setting a price somewhat close to a typical trade paperback. Hmm, why should I pay the same price for downloading a relatively small digital file vs. the price covering your cost of printing, binding, shipping a book to a retailer or distributor, then, oh yeah, paying the cost of those retailers to return unsold copies.

Publishers may have won the initial e-book skirmish with Amazon, but they’re going to lose that pricing argument in the long haul. Digital distribution of books will simply not command the same prices as physical copies of books. And I haven’t seen a publisher who can successfully market that message — pay us a premium for a digital file that costs us pennies to distribute.

As you pointed out with relation to the music business, raise prices and sales volumes decrease. I’ll be curious to watch a true book publisher 2.0 build a successful business model based on – low overhead for the publisher’s fixed costs, attractive low pricing to encourage impulse purchases, free e-book giveaways to build audiences for new writers (permanently free titles – not some two-week promo), etc.

Unfortunately, the majority of NYC publishers will be headed down the same road as music companies – trying to maintain high pricing for digital files with distribution costs measured in pennies, suing your most passionate fans, grasping at assorted straws vs. pursing a low-price, high volume business model.

I wrote about this in a recent blog post. I think book publishers are inviting an eBook Napster –
http://jeffrutherford.com/ebook-pricing-may-force-an-ebook-napster-soon

Finally, to answer your question about a new model for writers. Yes, I definitely think that e-publishing will be an option for writers – both writers who have had books published by traditional publishers, and writers who have never had a book published. In fact, Stephen Covey, the author of 7 Habits Of Highly Successful People recently signed a deal with Amazon to publish many of his popular books for the Kindle – and new ebooks too. In that case, Covey will get 70% of whatever Amazon charges, and Amazon will get 30%. That’s a much higher royalty rate than he’d get from a traditional publisher.

But, for the unpublished writer who decides to go down that route, you asked a very good question. What about PR and publicity. There are literally hundreds of novels being uploaded to the Kindle story every day – by previously unpublished writers. How can you stand out in that? I don’t have a good answer to that. You would have to have some kind of PR-buzz, or your book will just get lost in the ebook forest.

And, I keep using the word Kindle. There’s a company called Smashwords that will take your book and publish it electronically on multiple ebook platforms – Barnes & Noble, Sony, etc. So, it’s not just Kindle.

Also, re: the whole issue of writers who have had books published, and then making money off of ebooks sales of their old titles, you should definitely check out this blog. It’s written by JA Konrath, a crime writer who has had multiple novels published. But, he had a bunch of manuscripts of books that he had tried to sell with no success – before he sold his first novel. Now, he’s published all those old manuscripts via the Kindle Store, and he’s making money.