Oh, the wrath of frustrated, angry affluent parents. And, it all could have been prevented with a few all-nighters from the Maclaren communications team and aggressive use of social media.

Maclaren, a British high-end stroller company, currently faces a recall of 1 million umbrella strollers because the stroller’s folding hinge can amputate a child’s fingertips. According to reports, 12 children have already been injured.

Unfortunately, Maclaren fumbled their response to the recall. Here are a few things that Maclaren could have done differently. 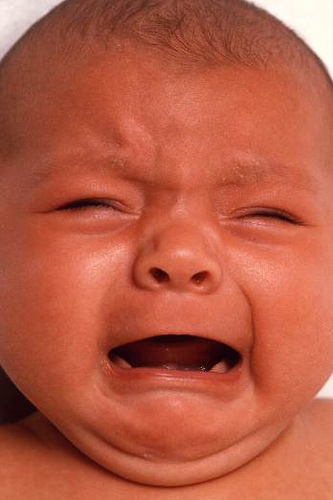 1. Your website MUST work – We’re living in a digital world. When a PR storm hits your company, your customers aren’t going to call your 1-800 number. They’re going to hit your site to find out what’s going on. According to Time magazine’s story about Maclaren’s crisis, on Monday their website was basically inaccessible.

If you’re in charge of your company’s PR crisis plan, anticipate sudden, huge bursts of web traffic. If you wake up tomorrow with the FTC issuing a recall on one of your products, do you know exactly who you can call at your company who can immediately make the call to increase bandwidth and server capacity to handle the onslaught to your company’s website? If not, you need to think about this now – not when the storm hits.

Also, today, if you visited the Maclaren website, you’d be hard pressed to immediately find any information about the recall. There’s a link for recall in the top right-hand navigation menu of the page. The word “recall” is the same size font and color as the rest of the nav menu words. Why not have a prominent button that no one would miss – Maclaren Stroller Recall – We Want to Keep Your Child’s Fingers Safe – Please Click Here for Detailed Info

2. Twitter – It doesn’t really matter if you’re an active participant, just listening, or think that people on Twitter only talk about what they’re having for lunch. When a crisis hits, your customers, your critics, your evangelists, will be discussing your crisis on Twitter. And so should you. Certainly, you can also use traditional PR crisis tactics – press conferences, conference calls with reporters, 1-on-1 briefings with key reporters, but you should also be using Twitter aggressively to combat and negate the storm.

Maclaren execs could have first issued pro-active messages about the recall via Twitter – including a link to a webpage with all the info about the recall. Then, they could start engaging 1-on-1 with anyone mentioning or discussing the recall. If someone turns to Twitter to ask about a company’s recall, and then immediately gets a response directly from the company, that’s a whole lot better than an echo chamber of customers discussing, griping, complaining about a company’s recall with nary a tweet or word directly from the company.

3. Engage Your Critics ProActively – Moms and Dads these days are blogging about the trials and tribulations of parenthood. The Time article pointed out that many parenting bloggers were vocal in their consternation at the recall and Maclaren’s fumbled response. Here’s where the all-nighter comes in. In addition to an around-the-clock, proactive Twitter outreach strategy, Maclaren should have been engaging bloggers. First, they could have scoured the blogosphere for any mention of the recall and responded in the comments of the blog explaining the recall and what parents could do to order the stroller widget that fixes the hinge danger. But, Maclaren could have gone beyond responding via comments. They could have drafted a quick “blog response” to the crisis – an expansion of the blog comment text – and offered/suggested that bloggers run the item as a guest post. Would some bloggers have refused? Certainly. But some would have published it.

4. Facebook – Maclaren was right on in their Facebook strategy. Again, according to Time magazine, “An entry on the “Maclaren Baby” page instructs consumers to e-mail sales@maclarenbaby.com with their name, address, telephone number, stroller model and stroller Vin number.” This is good, proactive communication via social media. However, I wonder if Maclaren used the feature available to any Facebook page , “Send an Update to Fans.” If they didn’t, they should have. A simple update on a Facebook page can easily get lost in the stream of Facebook news. An update gives the message a little more Facebook urgency and attention.

Here’s the link to Maclaren’s website re: the recall:

What else could Maclaren done to get their message out yesterday when the FTC announced the recall?