TL;DR – Microsoft could have preserved their initial Xbox One plans if they had delivered an articulated and detailed explanation of their next generation video game delivery experience when they initially announced the device. Microsoft PR execs could have created specific taglines and catch phrases to describe the transformative qualities of the Xbox digital delivery.

Responding to vociferous online complaints, Microsoft announced this week that they were retreating on several of the new Xbox One’s features that were causing the company numerous headaches and black eyes.

In addition to shooting themselves in the foot with their botched Xbox One announcement, Microsoft opened themselves up to a brutal pummeling from Playstation. And, whoever led Playstation’s E3 PR strategy should win an award. Playstation’s brilliant 22 second video about how easy it was for Playstation 4 users to share used games channeled the spirit of every I’m A Mac commercial.

In answering consumers’ questions about this requirement, Microsoft was incredibly strict. No exceptions – the device has to connect to the server at least once every 24 hours. Consumers asked about military service members (huge Xbox 360 fans) who didn’t have regular Internet connections or were serving on a nuclear sub. Or, what about consumers who don’t have a high-speed home Internet connection yet want to enjoy playing the Xbox One? Microsoft’s response was the same – no exceptions.

In fact, as the questions mounted over the Internet requirement and the check-in requirement, here was Microsoft’s attempt at a response.

“Fortunately we have a product for people who aren’t able to get some form of connectivity, it’s called Xbox 360,” says Mattrick. Ouch! 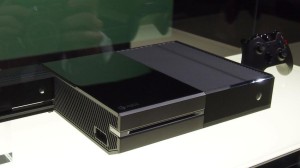 Used games – Microsoft tried to change the current video game sales process in one swoop by eliminating the option of buying used Xbox One games or trading in a game they’d already purchased. Microsoft repeatedly alluded to an additional licensing fee – set ostensibly by the game publisher – that a consumer would have to pay before they could play a used game that they had purchased.

Here’s where Microsoft ultimately failed though. They never cited a single game publisher that had agreed to implement the system for used games. And, they never cited a price or a range of prices for that additional licensing fee for a used game.  When questioned repeatedly by the media, Microsoft recited an incredibly vague and opaque scenario of the licensing process for used games. But a scenario that lacked any substantive detail whatsoever – no example prices and no publishers who were on board.

Microsoft should be applauded for trying to drag the video game industry forward – beyond the realm of physical game discs. Yet, could they have done so without the used game restrictions? In this case, I think it was a classic scenario of Microsoft completely and totally misunderstanding their core audience. The reality is that Microsoft execs get a steady paycheck every 2 weeks, they have job/health benefits galore. Yet, they’re releasing a video game console to a public that has been ravaged by unemployment and recession.

In the first quarter of 2013, Gamestop the biggest seller of used video games in the U.S. earned  $1.87 billion. Of course, not all of that is used game sales. But there’s a reason Gamestop’s used game sales thrive. Passionate video gamers often want to play a wide variety of games, and they simply can’t afford to purchase every single game that they play at full retail price. Hence, the popularity of buying used video games.

The biggest issue that doomed Microsoft’s roll-out of the Xbox One was the maddeningly scant details. Consumers and the press demanded answers – answers that Microsoft simply wasn’t able or willing to disclose.

Nature Abhors a Vacuum – we’re all familiar with that phrase, unfortunately the Xbox PR team didn’t realize that that phrase has now been updated. The new phrase for PR professionals is “The 24/7 News Cycle Abhors a Vacuum, and If you Don’t Provide Extensive, Detailed Explanations The Vacuum will Be Filled with A Million Tweets, Facebook posts, infographics, Google+ updates, demanding More Information and Offering a Ton of Speculation and Rumors – Speculations and Rumors that can derail your business plans.”

Steve Jobs himself discovered the new era of communications when he was forced to give a defensive, sullen press conference in response to the iPhone 4 “Antennagate.”

What could Microsoft have done to save the XBox One as it originally envisioned the system and all of it’s benefits?

Extreme evolution and PR/marketing messaging that embraced that evolution – I’m sure it was discussed and tossed aside as too radical. But, if Microsoft really wanted to push the evolution of videogame systems they could have shipped the machine with a Blu-Ray player system only, but no physical game discs for loading games. Games would have to be purchased digitally and downloaded. That evolution would have been extreme, but it would have eliminated the issue of used games all together.

If Microsoft had chosen this route, they could have responded to the pricing and used game issue by pointing out that Xbox was launching a game marketplace that would feature a wide range of games at all price points. If pushed about used games in this discussion, execs could have answered with, “App and game marketplaces are common place on many platforms now. Consumers are used to purchasing games for Android or iOS at a wide range of price points, and there’s no expectation of a used app marketplace. We think the future of video gaming is similar to the current app and game marketplaces and Xbox One is the only video gaming console that has embraced that future.”

There are precedents for this. The original iMac shipped with no floppy disc. The screams were loud and long. Apple ignored them and couldn’t manufacture enough of the popular iMac.

Announce Xbox One on Microsoft’s time table – no one else:

Ultimately the timing of Xbox One’s announcement doomed the Xbox One’s online features. In the high-stakes console wars, Microsoft wanted to initially announce the Xbox One – and its core features – prior to E3. And, then build on that launch a month later with an expansive, exciting E3 press conference. Yet, Microsoft never recovered from the timing and structure of the announcement.

Someone at Microsoft needed the intestinal fortitude to say, “We will announce on our schedule, when it’s ready, not a minute or second before.” What would “being ready” have looked like for Microsoft? At least 1 publisher, if not 2 or 3 or 4 publishers on board with specific details about the used game policy. And, a detailed, articulated vision of the video game future that Xbox One was ushering in.

As noted earlier, nature and the media/social media hordes abhor a vaccum and what a vacuum Microsoft created for itself with its Xbox One launch.

If consumers are giving something up – the ability to trade and buy used games – Microsoft needed to over communicate what they were gaining in the process.

“With the Xbox’s evolution of the video game experience, top publishers have signed onto our new approach to gaming. After purchasing X game at retail, the consumer loads and registers the game online, and they’re treated to additional downloadable content at no extra charge for 3-4 months, expanding and building on the game universe. If a consumer wishes to sell the used game, they have the right to do that. However, someone purchasing that used game will pay an additional $10 when they initially load the used game. What will they be receiving for their $10,  the 3-4 months of downloadable content, and with that $10 they’re contributing to the 60,000+ man hours that went into designing this Triple A title.”

“Now we have XX from YY publisher who is going to join us on stage and showcase their latest title which will be launching day one for Xbox One.”

I’m not in love with all of that verbiage, but I wrote this off the top of my head. It could be refined. But what it does include is specifics, price points, and explanations of benefits. And, frankly, I don’t think I described the benefits all that well.  Microsoft should have spent the time

Paint a detailed vision of the future and preach that vision relentlessly:

It’s almost a cliché to mention it, but Steve Jobs lead the way in the ability to sell a vision of technology’s future. Xbox One doesn’t have a Steve Jobs, but that’s no excuse not to try.

To ensure success, the Xbox One team needed to sell that vision in explicit, copious, unerring detail.

“We’ve jettisoned loading games from physical discs, because we set out to design an evolutionary game device that embraces the future of video games – and that future is in the cloud, always connected.”

The Xbox One team lacked the details and specifics to truly paint that picture. Unfortuantely, they framed the picture, but left huge swathes unpainted – and the cries, complaints, and anger painted a picture that no one wanted.

Be willing to adapt and change on the fly:

I knew many U.S. military service men and women were Xbox fans, but until the Xbox One flap I didn’t think about how the Internet connection requirement would block them from using and enjoying an Xbox One.

Admittedly, I don’t know the technical details or if this is possible. But, could Xbox figured out a work around for the always-on Internet connection?

Would that be a pain in the butt to implement? Sure. But we’re talking PR here. When the venom started flying with the Xbox One’s new features, could Microsoft have co-opted the argument with an announcement?

“We’ve listened hard to our customers and our engineering team has worked around the clock the last several days. We’re happy to announce that we will be launching a way for U.S. military service members and those customers without a high-speed home Internet connection to enjoy the Xbox One too. Here’s how the program will most likely work when we roll it out.”

What do you think? If Microsoft had launched the Xbox One with a clearly articulated message with every last detail of the used game restrictions and Internet connectivity nailed down, do you think they could have launched a successful next-generation, cloud computing video game console? What PR strategy do you think would have helped Microsoft succeed?